Barbara Schaffner: From the Permanent Collection 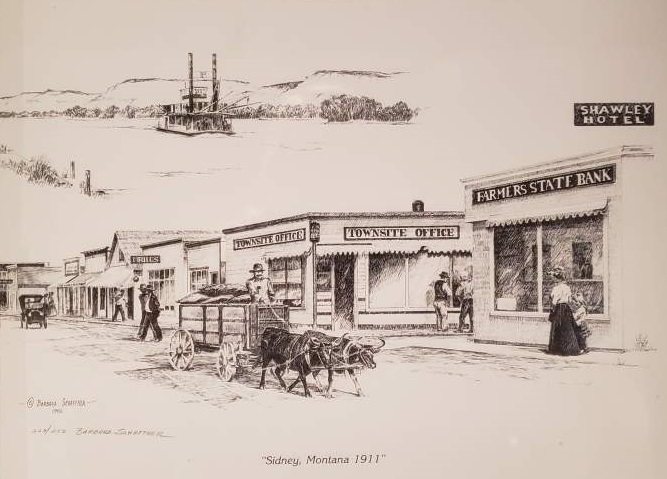 The MonDak Heritage Center is pleased to announce that an exhibition of artwork from their permanent collection by Wheatland, Wyoming artist Barbara Schaffner will be on display through August 29th.

Born in the colorful gold mining town of Cripple Creek, Colorado, Barbara moved as a child to Wyoming. She knew from the time she was small that she would be an artist. She has an Associate Degree from Eastern Wyoming College, and a Bachelor of Science Degree in Fine Art and Art Education from West Texas State University. Barbara has resided in a number of communities over her career, including Sidney and is now based in Wheatland where she has owned and operated Wyoming Trails Gallery since 2001. She also teaches workshops when requested. She appreciates a chance to give back by helping other artists learn.

A professional artist, Barbara has shown in galleries in seven western states and Canada. A few of her awards and honors include acceptance into the CM Russell Western Art Auction in Great Falls, MT, the Wyoming Ducks Unlimited Artist of the Year in 2003 in Jackson, WY, the Grand Purchase Award at the Rough Rider International Art Show  in Williston, ND, the Purchase Award at the 2 Shot Goose Hunt Art Show and second in the painting category at the Saratoga Art Fest. Barbara was named the 2018 America’s Horse In Art artist by the American Quarter Horse Association.

Montana Governor, Ted Schwinden, unveiled her historic painting, “The Far West’s Epic Run” at the grand opening of the MonDak Heritage Center in Sidney in 1984. That painting was purchased by the MDHC and is the centerpiece of the current exhibition. Also featured from the MDHC Permanent Collection is her painting of “Lewis & Clark at the Confluence” which is also featured in the wayside exhibit at Fort Union National Historic Site, ND.