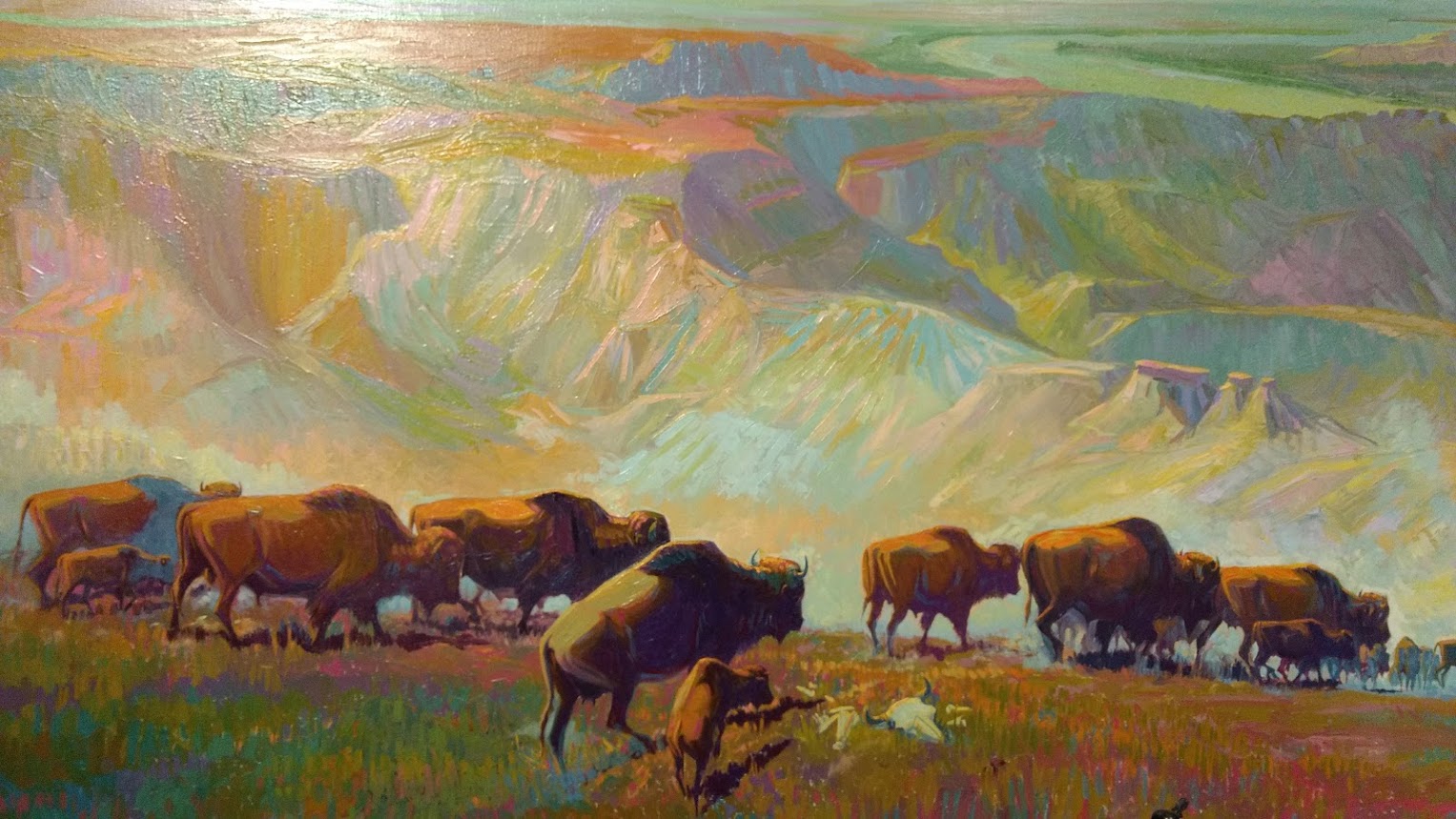 Ralston was born in 1896 in Choteau, Montana. In 1906, his family moved to the Capital P ranch in northeastern Montana, where his father was foreman. He spent his teen and early adult years as a cowboy.

In 1923 Ralston married his wife Willo and they lived on the Pacific coast for seven years where he created art for advertising. They returned to Montana in 1930 and took over the Roman E, his father’s ranch, near Culbertson, Montana.
The Great Depression forced them to move to Billings, Montana in 1935. Ralston painted signs and opened a studio in Billings, working as a professional artist. Ralston died in 1987 in Billings.
The MDHC Permanent Collection features handpainted signs and paintings. Check it out today! The MonDak is open from 10-4 Tuesday-Friday and 1-4 on Saturday. It is FREE to visit and explore!
J. K. Ralston: From the Permanent Collection
+ Google Calendar+ iCal Export