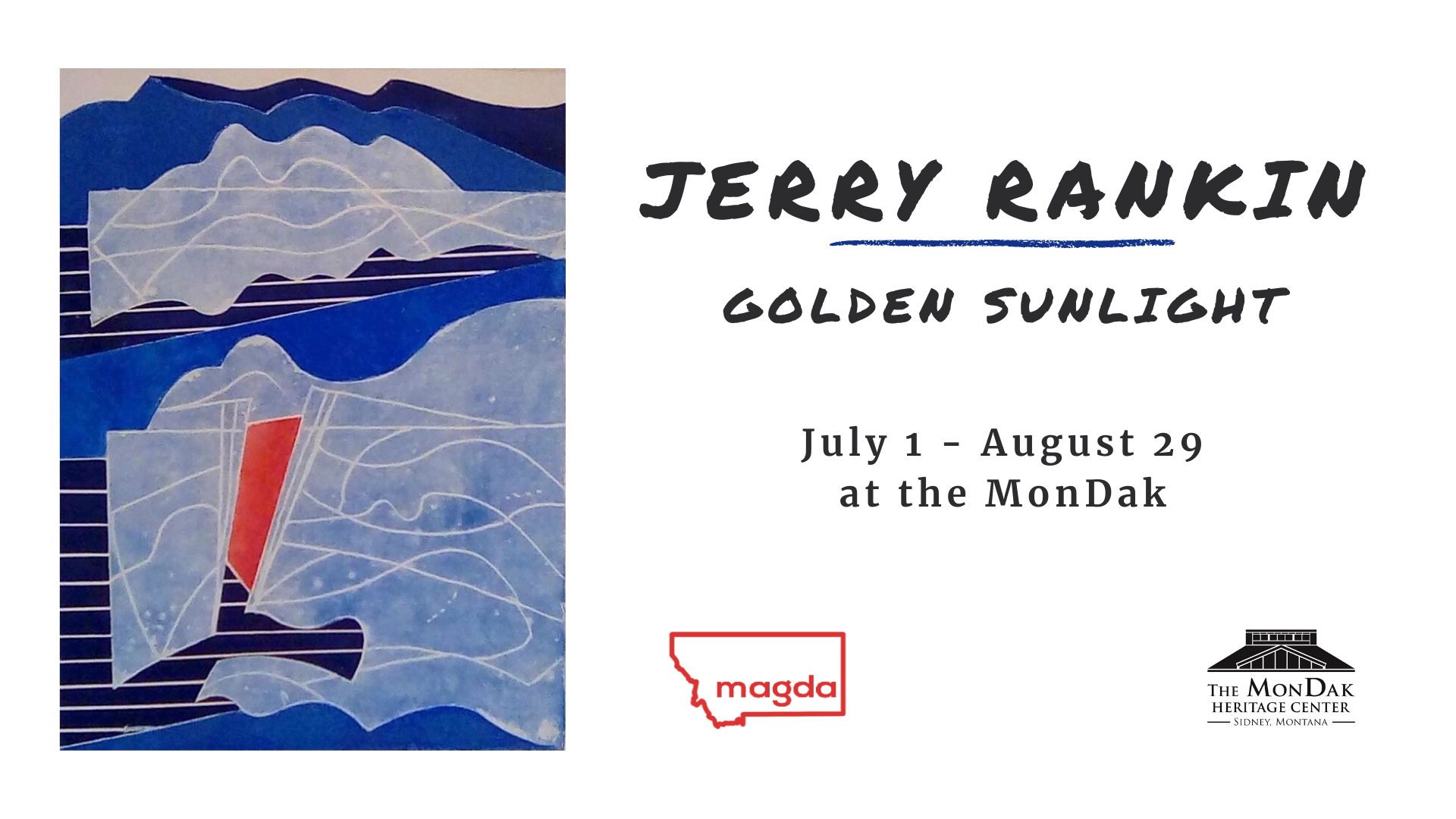 Visit us for the Golden Sunlight exhibit by artist Jerry Rankin, on display at the MonDak from July 1 to August 29. Thanks in part to MAGDA!

Rankin’s images are meditations on the land and this newest print series focuses on the environmental threats posed by the Golden Sunlight Mine near his home in Whitehall, Montana.

Rankin is one of Montana’s most significant living artists. He was mentored by two of the titans in Montana’s early modernist art movement, Rudy Autio and Robert DeWeese. Rankin earned his MFA in printmaking from UM in 1972 before pursuing postgraduate work at Montana State University, studying primarily printmaking, painting and sculpture. His career as an art teacher and professor began in Alaska in 1964, before returning to MT to teach in the Great Falls school system. Since 1985, he has devoted his life to painting full-time.

During the course of his decades-long career as an artist, Rankin has developed a distinctive visual language. His endless curiosity and investigation of the natural world through his studio practice continues today.

Rankin states:
Ecological residue from hard rock mining has scarred and poisoned land and
water far beyond its boundaries. These actions playing against the friction of
seismic plate shifting create strong visual metaphors and figure prominently in
my latest work.

In 2015, I began a series of drawings, which I developed into prints exploring the
expansion of the Golden Sunlight mine near Whitehall, Montana. After attending
the Lucy Lippard lecture on the effects of mining on landscape and the
environment at the Missoula Art Museum [in 2017] I recognized that there was an
audience in Montana for this information. Within each block or panel of the
exhibit I’ve illustrated the progressive vandalized and irreparable landscape, the
increasingly toxic waste pond lake, and the chewing and tearing at the seams of
the earth caused by rock removal; the devastation occurring without
consequence, without imagination.

Centered in an earthquake zone, a four point quake could easily slide the entire
poisonous mass down the mountain and into the Jefferson River, a stream
feeding first into the blue ribbon fishing waters of the Madison and Gallatin Rivers
and joining the Missouri within a few miles. Points of stress are indicted by
magenta symbols. The waste pond lake is shown in acidic layers of virulent
greens and reds. The increasing network of lines throughout might represent an
EKG map of the circulation system of the mountain. The work is another
response to the dangers that Montana’s industrial climate poses to the entire
range of ecological systems.”

This exhibition was organized by the Missoula Art Museum and is touring the state under the auspices of the Montana Art Gallery Directors Association (MAGDA). Rankin has a long history with MAGDA; his first installation, titled “US 93” circulated through MAGDA in 1986, with another exhibit in 1995, and a retrospective of his work in 2000.