Rob Quist To Perform At MDHC 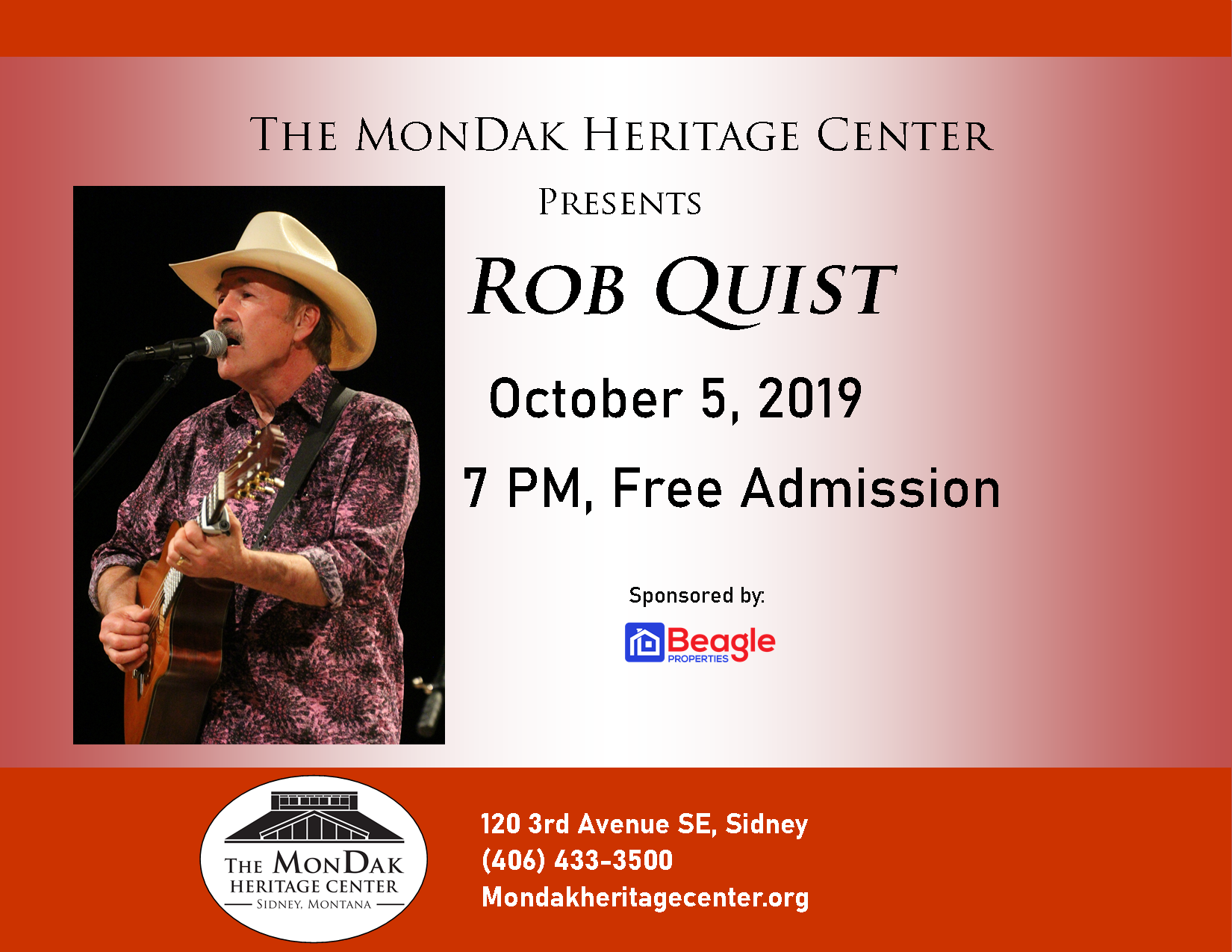 The MonDak Heritage Center presents one of America’s premiere singer/songwriters Rob Quist on October 5 at 7 pm.  Quist is slated to bring a memorable evening of award winning original songs to the Sidney audience.  Doors open at 6:30 pm for the 7 pm concert.  This free concert is sponsored in part by Beagle Properties. As always, donations are gratefully accepted from those attending.

Rob Quist is lead singer and songwriter of such seminal groups as the Mission Mountain Wood Band, The Montana Band, and Rob Quist & Great Northern. His ode to rural living “Close to the Land”, recorded by Michael Martin Murphey, was awarded Song of the Year at the Texas Music Awards, and is featured on the Grammy nominated bluegrass album by Murphey. Rob’s composition “America…Pass It On” won a finalist award at the International Wildlife Film Festival for National Geographic and his songs have also been recorded by Loretta Lynn and Jack Gladstone. Rob has appeared numerous times on National TV, has mounted several international tours to Japan, Europe, Greenland, and Canada. He is also a published poet and was inducted into the UM School of Fine Arts Hall of Honors, recognizing him as one of its greats. His love of Montana history and the West has long been the driving force in his musical journey, and his concert is a veritable tour through past and present Montana.

Don’t miss this rare opportunity to hear some of Montana’s favorite songs, sung by the artist who composed them.