Montana Shakespeare in the Park 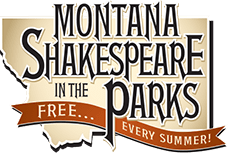 The MonDak Heritage Center partners with Montana Shakespeare in the Parks for its 2020 season to bring a performance of Shakespeare’s Cymbeline to Sidney on Thursday, July 2 at 6:30 p.m. at Veterans Memorial Park, off S Central Avenue. In the case of inclement weather, join us at Sidney Middle School.

Cymbeline, also known as The Tragedie of Cymbeline or Cymbeline, King of Britain, is a play by William Shakespeare set in Ancient Britain and based on legends that formed part of the Matter of Britain concerning the early Celtic British King Cunobeline. Although listed as a tragedy in the First Folio, modern critics often classify Cymbeline as a romance or even a comedy. Like Othello and The Winter’s Tale, it deals with the themes of innocence and jealousy. While the precise date of composition remains unknown, the play was certainly produced as early as 1611.

FREE to the public. Sponsored by the MonDak Heritage Center, Best Western Prairie Inn & Suites, and Footers. Many individual donors also contributed to bring MSIP to Sidney. Look for their names in the performance’s program.

Montana Shakespeare in the Parks is an outreach program of Montana State University’s College of Arts and Architecture. It is funded by grants, corporate sponsorships, and individual donors. The 2020 season has shows across Montana, Idaho, Wyoming, Washington, and North Dakota. For the full schedule visit shakespeareintheparks.org or stop by MDHC.